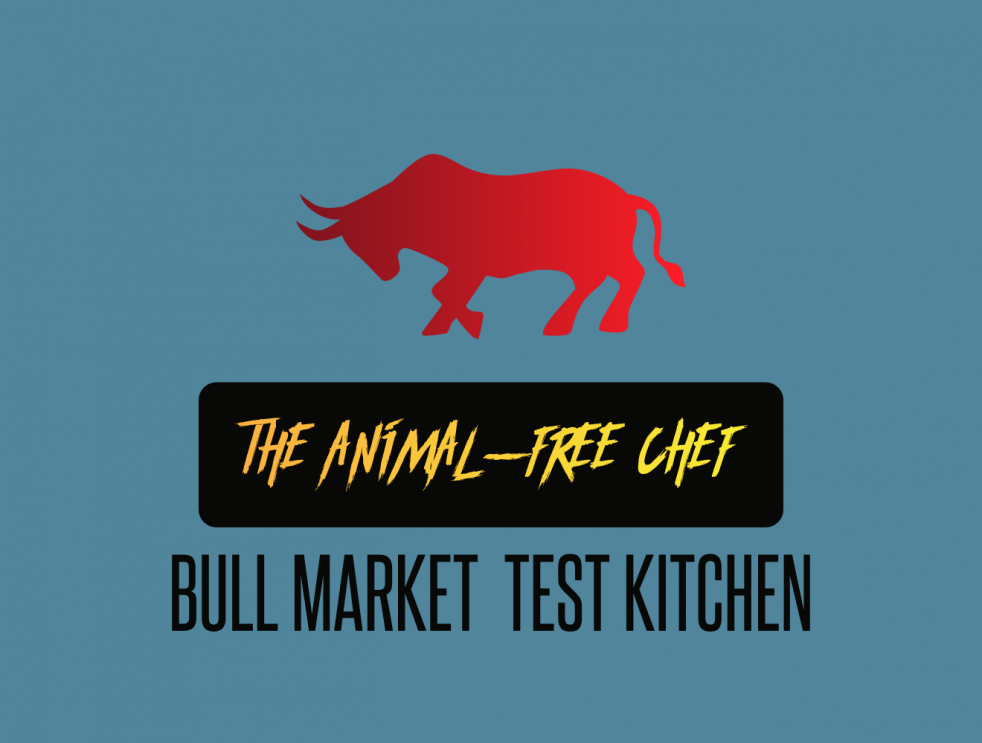 The 12 initial POPs under the Stockholm Convention

Initially, twelve POPs have been recognized as causing adverse effects on humans and the ecosystem and these can be placed in 3 categories:

A pesticide applied to soils to kill termites, grasshoppers, corn rootworm, and other insect pests, aldrin can also kill birds, fish, and humans. In one incident, aldrin-treated rice is believed to have killed hundreds of shorebirds, waterfowl, and passerines along the Texas Gulf Coast when these birds either ate animals that had eaten the rice or ate the rice themselves. In humans, the fatal dose for an adult male is estimated to be about five grams. Humans are mostly exposed to aldrin through dairy products and animal meats. Studies in India indicate that the average daily intake of aldrin and its byproduct dieldrin is about 19 micrograms per person.

Used extensively to control termites and as a broad-spectrum insecticide on a range of agricultural crops, chlordane remains in the soil for a long time and has a reported half-life of one year. The lethal effects of chlordane on fish and birds vary according to the species, but tests have shown that it can kill mallard ducks, bobwhite quail, and pink shrimp. Chlordane may affect the human immune system and is classified as a possible human carcinogen. It is believed that human exposure occurs mainly through the air, and chlordane has been detected in the indoor air of residences in the US and Japan.

Listed under Annex B with acceptable purpose for disease vector control

DDT was widely used during World War II to protect soldiers and civilians from malaria, typhus, and other diseases spread by insects. After the war, DDT continued to be used to control disease, and it was sprayed on a variety of agricultural crops, especially cotton. DDT continues to be applied against mosquitoes in several countries to control malaria. Its stability, its persistence (as much as 50% can remain in the soil 10-15 years after application), and its widespread use have meant that DDT residues can be found everywhere; residual DDT has even been detected in the Arctic.

Perhaps the best known toxic effect of DDT is egg-shell thinning among birds, especially birds of prey. Its impact on bird populations led to bans in many countries during the 1970s. Although its use had been banned in many countries, it has been detected in food from all over the world. Although residues in domestic animals have declined steadily over the last two decades, food-borne DDT remains the greatest source of exposure for the general population. The short-term acute effects of DDT on humans are limited, but long-term exposures have been associated with chronic health effects. DDT has been detected in breast milk, raising serious concerns about infant health.

Used principally to control termites and textile pests, dieldrin has also been used to control insect-borne diseases and insects living in agricultural soils. Its half-life in soil is approximately five years. The pesticide aldrin rapidly converts to dieldrin, so concentrations of dieldrin in the environment are higher than dieldrin use alone would indicate. Dieldrin is highly toxic to fish and other aquatic animals, particularly frogs, whose embryos can develop spinal deformities after exposure to low levels. Dieldrin residues have been found in air, water, soil, fish, birds, and mammals, including humans. Food represents the primary source of exposure to the general population. For example, dieldrin was the second most common pesticide detected in a US survey of pasteurized milk.

This insecticide is sprayed on the leaves of crops such as cotton and grains. It is also used to control rodents such as mice and voles. Animals can metabolize endrin, so it does not accumulate in their fatty tissue to the extent that structurally similar chemicals do. It has a long half-life, however, persisting in the soil for up to 12 years. In addition, endrin is highly toxic to fish. When exposed to high levels of endrin in the water, sheepshead minnows hatched early and died by the ninth day of their exposure. The primary route of exposure for the general human population is through food, although current dietary intake estimates are below the limits deemed safe by world health authorities.

Primarily used to kill soil insects and termites, heptachlor has also been used more widely to kill cotton insects, grasshoppers, other crop pests, and malaria-carrying mosquitoes. It is believed to be responsible for the decline of several wild bird populations, including Canadian Geese and American Kestrels in the Columbia River basin in the US. The geese died after eating seeds treated with levels of heptachlor lower than the usage levels recommended by the manufacturer, indicating that even responsible use of heptachlor may kill wildlife. Laboratory tests have also shown high doses of heptachlor to be fatal to mink, rats, and rabbits, with lower doses causing adverse behavioral changes and reduced reproductive success.

Heptachlor is classified as a possible human carcinogen. Food is the major source of exposure for humans, and residues have been detected in the blood of cattle from the US and from Australia.

Listed under Annex A and Annex C

First introduced in 1945 to treat seeds, HCB kills fungi that affect food crops. It was widely used to control wheat bunt. It is also a byproduct of the manufacture of certain industrial chemicals and exists as an impurity in several pesticide formulations.

When people in eastern Turkey ate HCB-treated seed grain between 1954 and 1959, they developed a variety of symptoms, including photosensitive skin lesions, colic, and debilitation; several thousand developed a metabolic disorder called porphyria turcica, and 14% died. Mothers also passed HCB to their infants through the placenta and through breast milk. In high doses, HCB is lethal to some animals and, at lower levels, adversely affects their reproductive success. HCB has been found in food of all types. A study of Spanish meat found HCB present in all samples. In India, the estimated average daily intake of HCB is 0.13 micrograms per kilogram of body weight.

This insecticide is used mainly to combat fire ants, and it has been used against other types of ants and termites. It has also been used as a fire retardant in plastics, rubber, and electrical goods.

Direct exposure to mirex does not appear to cause injury to humans, but studies on laboratory animals have caused it to be classified as a possible human carcinogen. In studies mirex proved toxic to several plant species and to fish and crustaceans. It is considered to be one of the most stable and persistent pesticides, with a half life of up to 10 years. The main route of human exposure to mirex is through food, particularly meat, fish, and wild game.

This insecticide is used on cotton, cereal grains, fruits, nuts, and vegetables. It has also been used to control ticks and mites in livestock. Toxaphene was the most widely used pesticide in the US in 1975. Up to 50% of a toxaphene release can persist in the soil for up to 12 years.

For humans, the most likely source of toxaphene exposure is food. While the toxicity to humans of direct exposure is not high, toxaphene has been listed as a possible human carcinogen due to its effects on laboratory animals. It is highly toxic to fish; brook trout exposed to toxaphene for 90 days experienced a 46% reduction in weight and reduced egg viability, and long-term exposure to levels of 0.5 micrograms per liter of water reduced egg viability to zero.

These compounds are used in industry as heat exchange fluids, in electric transformers and capacitors, and as additives in paint, carbonless copy paper, and plastics. Of the 209 different types of PCBs, 13 exhibit a dioxin-like toxicity. Their persistence in the environment corresponds to the degree of chlorination, and half-lives can vary from 10 days to one-and-a-half years.

PCBs are toxic to fish, killing them at higher doses and causing spawning failures at lower doses. Research also links PCBs to reproductive failure and suppression of the immune system in various wild animals, such as seals and mink.

Large numbers of people have been exposed to PCBs through food contamination. Consumption of PCB-contaminated rice oil in Japan in 1968 and in Taiwan in 1979 caused pigmentation of nails and mucous membranes and swelling of the eyelids, along with fatigue, nausea, and vomiting. Due to the persistence of PCBs in their mothers’ bodies, children born up to seven years after the Taiwan incident showed developmental delays and behavioral problems. Similarly, children of mothers who ate large amounts of contaminated fish from Lake Michigan showed poorer short-term memory function. PCBs also suppress the human immune system and are listed as probable human carcinogens.

These chemicals are produced unintentionally due to incomplete combustion, as well during the manufacture of pesticides and other chlorinated substances. They are emitted mostly from the burning of hospital waste, municipal waste, and hazardous waste, and also from automobile emissions, peat, coal, and wood.  There are 75 different dioxins, of which seven are considered to be of concern. One type of dioxin was found to be present in the soil 10 – 12 years after the first exposure.

Dioxins have been associated with a number of adverse effects in humans, including immune and enzyme disorders and chloracne, and they are classified as possible human carcinogens. Laboratory animals given dioxins suffered a variety of effects, including an increase in birth defects and stillbirths. Fish exposed to these substances died shortly after the exposure ended. Food (particularly from animals) is the major source of exposure for humans.

These compounds are produced unintentionally from many of the same processes that produce dioxins, and also during the production of PCBs. They have been detected in emissions from waste incinerators and automobiles. Furans are structurally similar to dioxins and share many of their toxic effects. There are 135 different types, and their toxicity varies. Furans persist in the environment for long periods, and are classified as possible human carcinogens. Food, particularly animal products, is the major source of exposure for humans. Furans have also been detected in breast-fed infants…