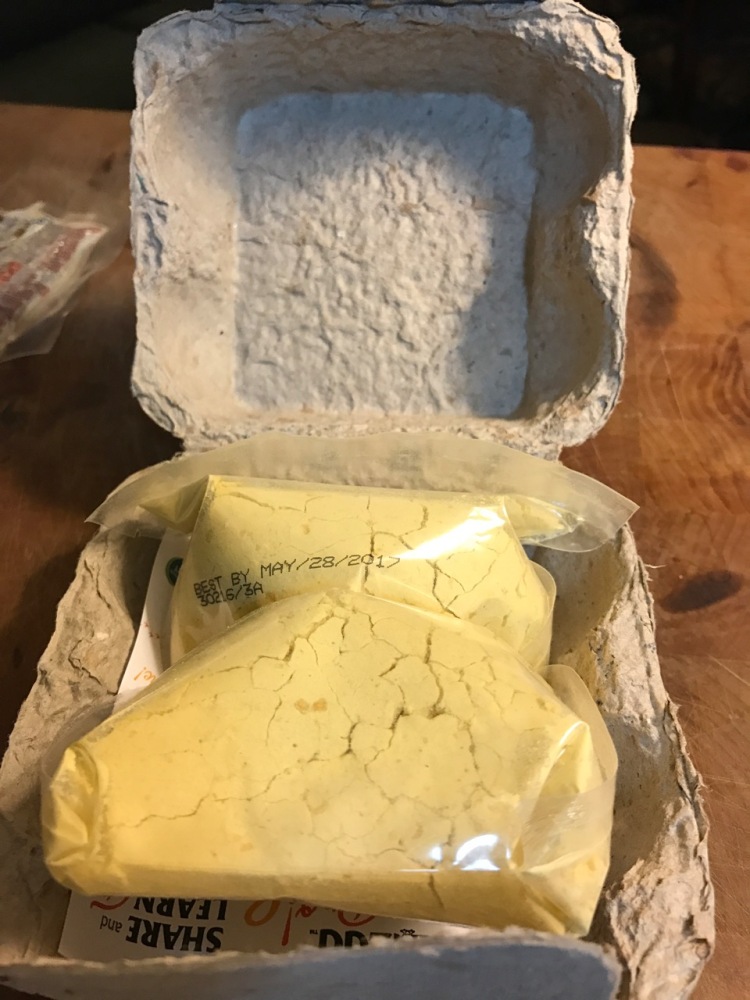 It took awhile for me to get to this VEGANEGG by Follow Your Heart. Steve finally found it at the Westside Market, but when unpacking the bags I noticed it was outdated by over one year. I almost gave up on it, since the people who sold it gave us such a hard time over a refund, even though he admitted selling us an outdated product and even said he had one more like it.

Anyway, we finally got back to the market and even-exchanged it against my better business judgment, but in hindsight I’m glad I did. Even this one, though, didn’t have such a great code. May 28, 2017 and it’s mid-March. I think most people who sell vegan products wrongly think, that because they contain no animal products, the codes really don’t matter. They do. Codes do matter.

St. Patrick’s Day. Happy. Happy. Me alone with Lilly, not wanting to work so hard today, decided to experiment with this VEGANEGG.

I had already researched it and read some reviews, which were all a bit lack-luster. They talked about the sulphur smell, they didn’t cook up so much like scrambled eggs, think they were looking for an exact replica. Nothing special. So here we go.

I follow the instructions: 2 tablespoons of the egg powder, not packed, into bowl with 1/2 c. very cold water (better from refrigerator than faucet, which is good for me, since that’s where mine is – in the fridge).

Whisk it, or if you want fluffier eggs, then blend it, but because I was only making one portion (one egg) I thought a blender too much fuss for too little product. So I whisked it a lot.

The instructions next said to heat a little oil (I used margarine for more flavor) in skillet over medium high heat. Pour in egg mixture, watch it sizzle, then immediately start scrambling using a spatula, which I did.

It said it takes longer than scrambling a chicken egg, about 6-8 minutes to firm it up. It didn’t take that long. I then salted and peppered the egg as I continued to scramble, but not a whole lot of scramble, since I don’t like my scrambled eggs in little bits.

I tore 1 dairy-free American cheese single by Tofutti on top of eggs, then sprinkled them with a little Follow Your Heart Parmesan. Covered skillet for 1 minute, then folded the egg over onto itself till the cheese was soft and melted enough for me.

I plated the egg, squirted some ketchup on it and ate it right away.

This portion seemed like 2 large eggs to me, not 1 egg as the instructions indicated. But it’s been a long time since I’ve had an egg, so maybe they’re bigger these days – everything else is.

Frankly, I was pleasantly surprised by the result. Although the person reviewing the egg on the internet was correct about the sulphur smell, it was only when I opened the bag. The cooked egg didn’t have a strong odor of anything. It was really like cooking a chicken egg, and now I’m looking forward to making an omelet, then trying some other stuff with it.

Prices vary across the internet, so shop around. I would buy these in bulk, to lower the price, if I could get a good code.

Lilly Belle loved them. I’m impressed with the VEGANEGG and am looking forward to making them for Steve. 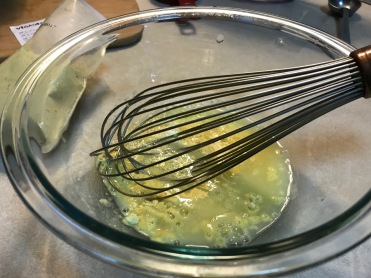 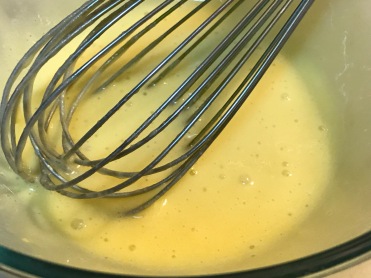 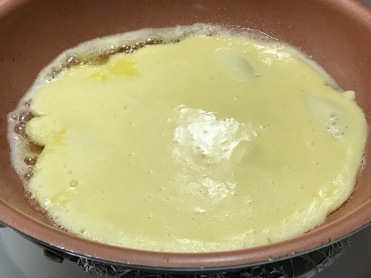 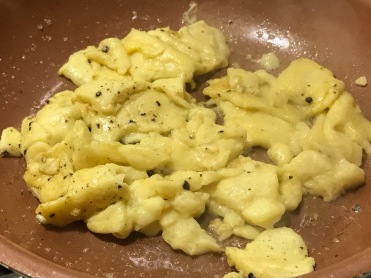 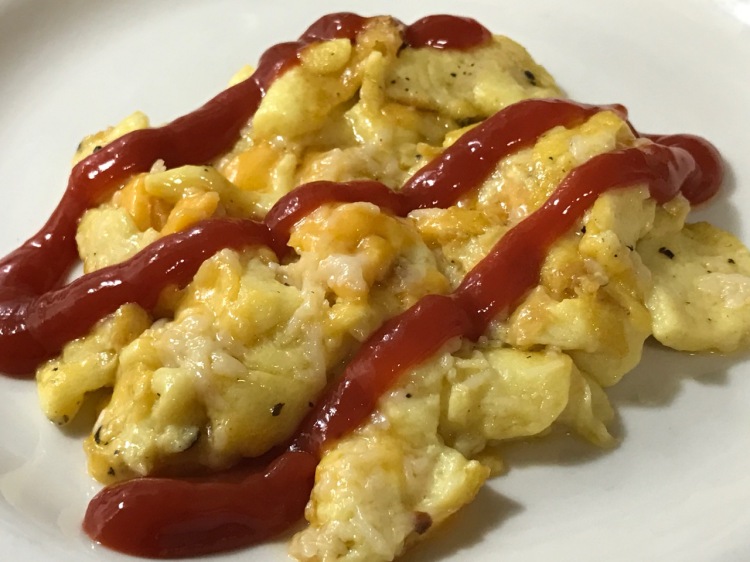