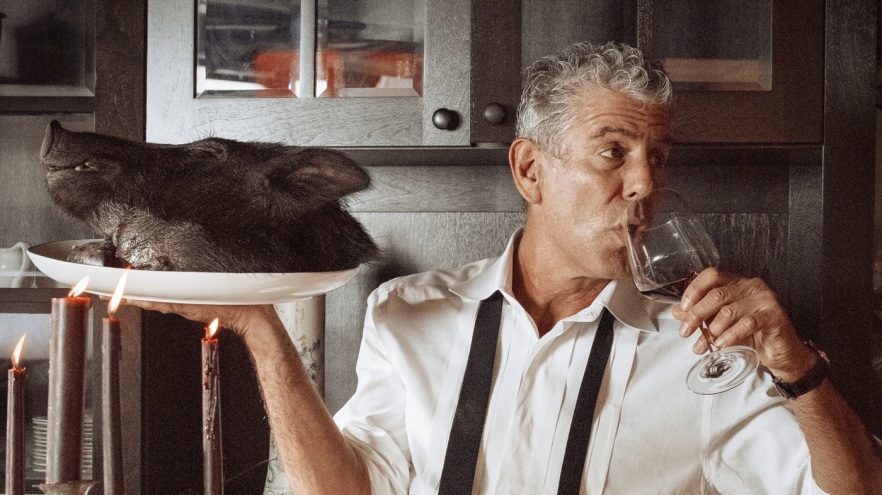 Maybe it’s his age. I don’t know and I don’t care. Until, that is, he accuses Hillary Clinton of reacting too slowly to credible reports of sexual misconduct by long time friend and campaign and foundation contributor, Hollywood Oligarch Harvey Weinstein.

Would he want to see his daughter in that fabric?

Was it because Weinstein is Jew or democrat?

On this particular Parts Unknown show, with Chef Daniel Boulud in Lyon, France, he made reference to sex with farm animals more than once. It was offensive.

Anthony Bourdain has often referred to vegans as terrorists on his shows. Maybe some of them are. Maybe PETA is controlled by government forces. But we can all safely say, just as Muslims aren’t all terrorists, neither are vegans.

Why give back donated money? I’ll take it if the animal rights organizations say no. Why punish the animals for a human’s bad behavior?

It doesn’t matter if it’s legal to commit such barbaric acts against those who can’t vote. It’s wrong. And it’s wrong to say you support all other animals, except the human species.