AFC NOTES: I would advise Wisconsin to get into the dairy-free business, before they change the laws to such a degree that when they do go belly up, and it’s just a matter of time, no one on the plant-based block will let them in. SUFFERING is not on our menu as it is in Wisconsin. We don’t bring Holocaust producers into the fold after they try to destroy those people saving the holocaust victims from further torture. Whoa. Raising a cow and enslaving the cow to force the cow to produce milk for you? And you want to protect your right to do that? By forcing legislators to pass legislation to allow you to continue the holocaust? How many judges do you bribe to enforce your holocaust laws?

Nah, we don’t even want you on the planet, much less in our suffer-free zone. Whole Foods should have kept the product on the shelves. You support illegal immigrants breaching the border by defying the law? And you make huge profits from plant-based foods, and you can’t take a stand in favor of free speech rights when it comes to the animals and the companies that sell animal-free foods? Skogen’s too? Who are the cowards now?

Wisconsin’s Department of Agriculture, Trade, and Consumer Protection (DATCP) recently instructed supermarkets to remove non-dairy products that use the term “butter” on labels based on claims that these products don’t comply with the state’s definition of butter—which requires that it be made from dairy-based milk or cream. The action comes in response to dairy industry complaints about vegan brand Miyoko’s Kitchen Cultured Vegan Butter which is made from cashews. Wisconsin, which calls itself “America’s Dairyland,” is one of the biggest dairy-producing states in the nation and is also the biggest maker of dairy-based butter.

During the two months the removal order was in effect, Miyoko’s Kitchen products were pulled from at least one Whole Foods Market location and from retail chain Skogen’s Festival Foods—while no other products were singled out, according to Kayla Paul, a Skogen’s quality and assurance and regulatory affairs specialist.

In response, Miyoko’s Kitchen founder Miyoko Schinner offered to create stickers that read “vegetable spread” that the stores can affix to her products if the state approved them. The DATCP took more than a month to respond but finally approved the label on June 12.

In recent years, the dairy industry has challenged the ability for plant-based companies to use terms such as “milk,” “cheese,” “butter,” and “yogurt,” citing that such labeling leads to consumer confusion, and that companies should use labels with terms such as “imitation,” “substitute,” and “alternative” to describe their products.

Last year, the United States Food and Drug Administration sought input from the public on its understanding of such terms when included in the names of plant-based products. According to a review commissioned by trade group Plant Based Foods Association (PBFA), 87 percent of consumers said they are not confused by the differences between plant-based dairy alternatives and products made from cow’s milk.

“The FDA should abide by free market principles and not restrict plant-based foods to unfairly benefit the dairy industry,” PBFA Executive Director Michele Simon said. The PBFA and other opponents of such labeling restrictions also argue that the language is a violation of corporate free speech rights protected by the First Amendment. 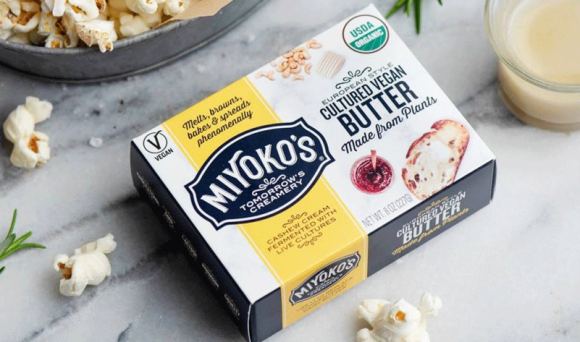