TA-FC ClipBoard: When the stock market can make or break a country’s economy, there needs to be an accelerated and massive effort to find and investigate companies and individuals and groups involved in the illegal and unethical manipulation of stocks. More Federal funds and more investigators allocated to securing people’s investments from fraud are necessary for a healthy economy.

Where does that leave the small investor? They lose, while the big investors win. A fine of 1.5 million dollars hardly acts as a deterrent to those trading in billions. Small investors are needed en masse to create a healthy trading environment. But until the corruption is cleaned up, We The People will remain at the mercy of those with the capital to manipulate the markets thus the economies of all nations.

Manipulating markets is a national security issue and should be treated as such. A Massachusetts financier arranged to bring public a cannabis social-media company and then manipulated trading in its stock so he could unload his shares, a complaint by the Securities and Exchange Commission alleged last week. Douglas H. Leighton and a group of friends made more than $3 million when they later sold their shares of the stock, MassRoots, alleged the commission, with the group accounting for more than 60% of MassRoots trading in the week it came public in 2015.

The 51-year-old Leighton and his six co-defendants agreed to settle the SEC fraud charges, without admitting or denying them, by paying about $1.5 million in disgorgement and penalties. Subject to approval by the federal court in Boston, the agreement calls for Leighton to be barred from the securities industry, from holding office at a public company, or from trading in penny stocks.

“Over the past year, we have fully cooperated with the SEC’s civil inquiry into the trading of MassRoots’ securities,” Leighton’s lawyer Alan Rose Jr. told Barron’s in an email.

MassRoots (ticker: MSRT) described itself as “a semi-anonymous mobile network” where people could discuss cannabis use. While it said it had one million users for its software app, its securities filings showed that its business model of selling ads has never yielded more than a few hundred thousand dollars in cumulative revenue while producing tens of millions in losses.

In its first month of trading in April 2015, MassRoots stock price briefly topped $7, giving the company a market value of $350 million. At that point, its cumulative revenue had totaled $1,465.

Today, MassRoots shares go for 0.14 cent each in over-the-counter trading, and the company‘s last securities filing in March 2020 said it lacked the funds needed to complete its accounting for the 2019 year. Barron’s queries to the company went unanswered.

Starting in the mid-1990s, Leighton had been a prolific penny-stock financier who found tiny companies, became their consultant, and got millions of shares in their stock before helping them come public. His firm Dutchess Capital claimed it had helped more than 400 companies raise $1 billion in all.

As more states began to legalize marijuana under their own laws in the past decade, penny-stock promoters sensed a new story to pitch retail investors. The major U.S. exchanges wouldn’t list cannabis stocks because of the weed’s federal illegality, but micro-cap stock names began trading over-the-counter in the U.S. and Canada several years before the marijuana stock bubble that accompanied Canada’s 2018 legalization.

The SEC’s complaint said that MassRoots came to Leighton’s attention in 2013. He invested $50,000 in the business and became its consultant for coming public, said the SEC. In return, Leighton and his firms received the rights to 23% of MassRoots stock, the complaint said. He instructed the company to hire certain brokers, lawyers, auditors, and stock promoters, while putting additional shares in the hands of associates through a private offering, the SEC added.

The complaint alleges that Leighton orchestrated his associates’ trading to artificially boost the stock’s price before unloading his own shares. The SEC alleged that Leighton and his confederates should have made Form 13-D filings that showed they were acting as a group.

According to the SEC’s suit, Leighton’s trading group made most of its money in the year after MassRoots’ public listing in April 2015, but it continued to profit from its alleged scheme through 2018, By then, the company had come to the attention of better-known investors in the accelerating marijuana industry.

A July 2018 securities filing by MassRoots registered 51 million shares the company had sold in the previous year to a number of investors.

Write to Bill Alpert at william.alpert@barrons.com 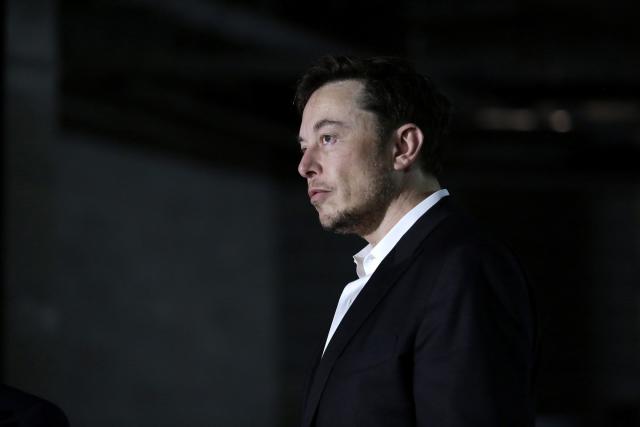 Investors betting against Tesla raked in about $1 billion on Friday, according to data from the analytics firm S3 Partners.

The Times’ interview with Musk came out late Thursday night. In it, Musk lamented the many personal and professional challenges he has faced in the past year.

Musk’s admissions come at a tumultuous time for Tesla, but the CEO predicted that the pain isn’t quite over yet.

The investors betting against Tesla raked in about $1 billion on Friday, The Times reported, citing data from the analytics firm, S3 Partners. Shares of Tesla closed down nearly 9% on the day, and dropped close to 1% lower in after hours trading, landing at $303.05.

That means investors shorting Tesla on Friday recovered the majority of what they lost after Musk’s now-infamous August 7 tweet, in which he floated the idea of taking Tesla private. On that day, the company’s stock rose 11%, and siphoned roughly $1.3 billion out of short sellers’ pockets.

The Times’ interview featuring Musk came out late Thursday night. In it, Musk lamented the many personal and professional challenges he has faced in the past year. By Musk’s own admission, he has been burning it on all sides while Tesla struggles to crank out thousands of its first mass-market car, the Model 3 sedan.

Immense pressure has left the tech billionaire and serial entrepreneur drained, sleepless, and irritable, as evidenced by his recent erratic behavior, which has caused additional problems for the company.

Musk accurately predicted the pinch from Tesla’s shorts isn’t over yet. The CEO told The Times he expects “at least a few months of extreme torture from the short-sellers,” who he believes are intent on seeing Tesla fail…